John & Ouida H. are one of the lovely couples that have the honor of being our spring quarter's Rancho Belago Resident Spotlights.

John was born in Fort Riley, Kansas in 1930. He had one sister and she was the oldest. John enjoyed fishing, and as a young boy, he and his family moved around a lot because his father was in the military. The lived in Arizona, California, North Carolina, and Pennsylvania. His father was in the 9th Calvary Regiment at Fort Riley as a Buffalo Soldier. Growing up he briefly held a job washing dishes in a Chinese restaurant. 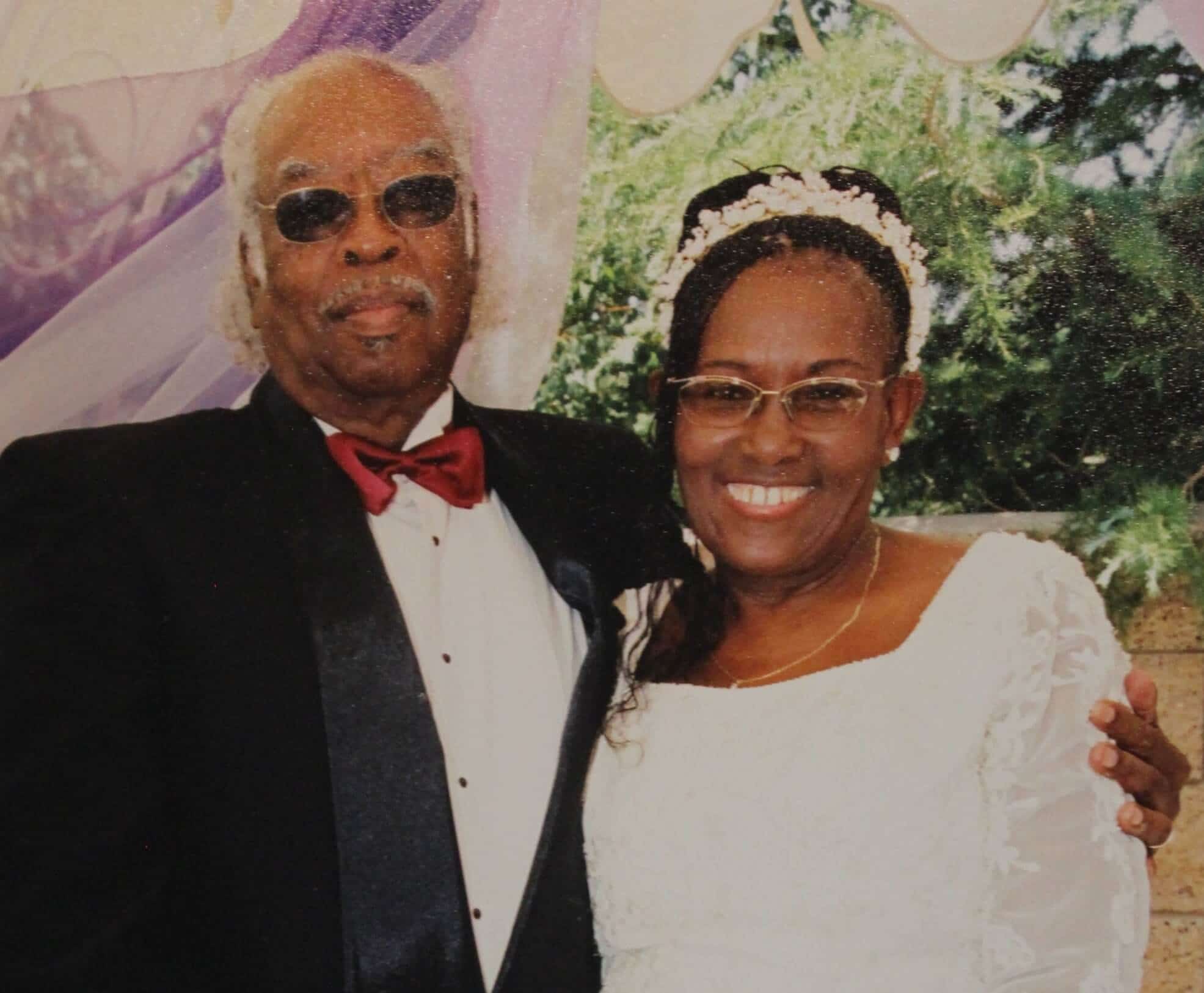 Once John graduated high school, he joined the Army Air Core. Soon after he joined, the Army Air Core became the Air Force. He started out as a basic airman and went up the ranks to tech sergeant. He served in both the Korean and Vietnam Wars and was stationed in Guam, Spain, and Japan. John worked in Japan as an aerial photographer until they got rid of that field. He later went into intel.

John went to Riverside City College and got his associate’s degree in sociology. He then when on to get his bachelors of science in sociology from University of California, Riverside. John later got a teaching credential from California State University, San Bernardino.

John and his first wife had five children together, Bill, Milard, Antonio, Connie, and Elizabeth. He enjoyed getting to raise them, however, it was difficult because his military assignments kept him from them. John is proud of how his children turned out.

A Life of Service

He worked for the Department of Correction as a correctional officer, and was later promoted to sergeant and then lieutenant. After John got his degree he got hired on as a parole officer. He also retired from there as a parole agent. John did a little teaching for the Riverside City School District as a substitute teacher. He also served as the president of AARP for Rubidoux, scout master of the Boy Scouts in the Riverside area, and the president of the Martin Luther King Senior Club where he later met Ouida.

Ouida was born in Edington, Georgia in 1938. When she was just 3-years-old her family made the decision to move to California. She has three brothers and two sisters. Ouida shares her family did a lot for her growing up because she was the youngest girl of the family. She was an avid reader as a child. Ouida began reading at 5-years-old and never stopped.

Ouida moved to Riverside because she had an opportunity to work at the School for the Deaf. Her sister was already working there, and when they saw her name, they called her in for an interview. The school hired her as a counselor and she worked in that position for five years. She got promoted to instructional counselor, then lead counselor, and finally retired as supervisor. During her time there, Ouida was in charge of three dormitories, 12 staff members and college students working as student aids.

She and her first husband had four children together, two twin sons: Donald and Ronald, and two daughters: Sharon and Jacquelyn. Unfortunately, one of the boys and one of the girls have passed. It was difficult for them to go through that, and it was especially difficult for her son. The twins did everything together, and she fondly remembers how close they were, even as babies.

After Ouida retired, she joined the senior citizens club in Riverside, which John was already a part of. All of her kids were grown and out of the house, and she had been divorced from her husband for three years. She thought this was her time to kick back, read, and enjoy her retirement. However, John kept eyeing her and she initially tried to ignore him. But she got to know him more and she realized what a wonderful person he is. In describing John, Ouida shares “they don’t make them like that anymore.”

After Ouida retired, she joined the senior citizens club in Riverside, which John was already a part of. All of her kids were grown and out of the house, and she had been divorced from her husband for three years. She thought this was her time to kick back, read, and enjoy her retirement. However, John kept eyeing her and she initially tried to ignore him. But she got to know him more and she realized what a wonderful person he is. In describing John, Ouida shares “they don’t make them like that anymore.”

Both John and Ouida care deeply for one another, even going to the point of caring for the other’s needs above their own. This July they will celebrate 17 years of marriage. They’ve traveled extensively with one another. Each summer they went on cruises, visiting destinations like the Caribbean Islands, Alaska, Mexico Rivera, and the Panama Canal. John enjoys fishing and Ouida loves to read.

Ouida is very grateful for Jacquelyn because she’s very instrumental in taking both her and John to their various medical appointments. In fact, she drives all the way out from Palmdale to be there for them. Additionally, Ouida has seven grandchildren and five great-grandchildren and John has so many that he’s lost count.

They moved from a four bedroom house to Renaissance Village Rancho Belago, so downsizing was an adjustment for them. However, they enjoy the various activities offered and the quality of care provided at our community. They share that everyone is friendly and that they are enjoying their retirement as Rancho Belago residents.