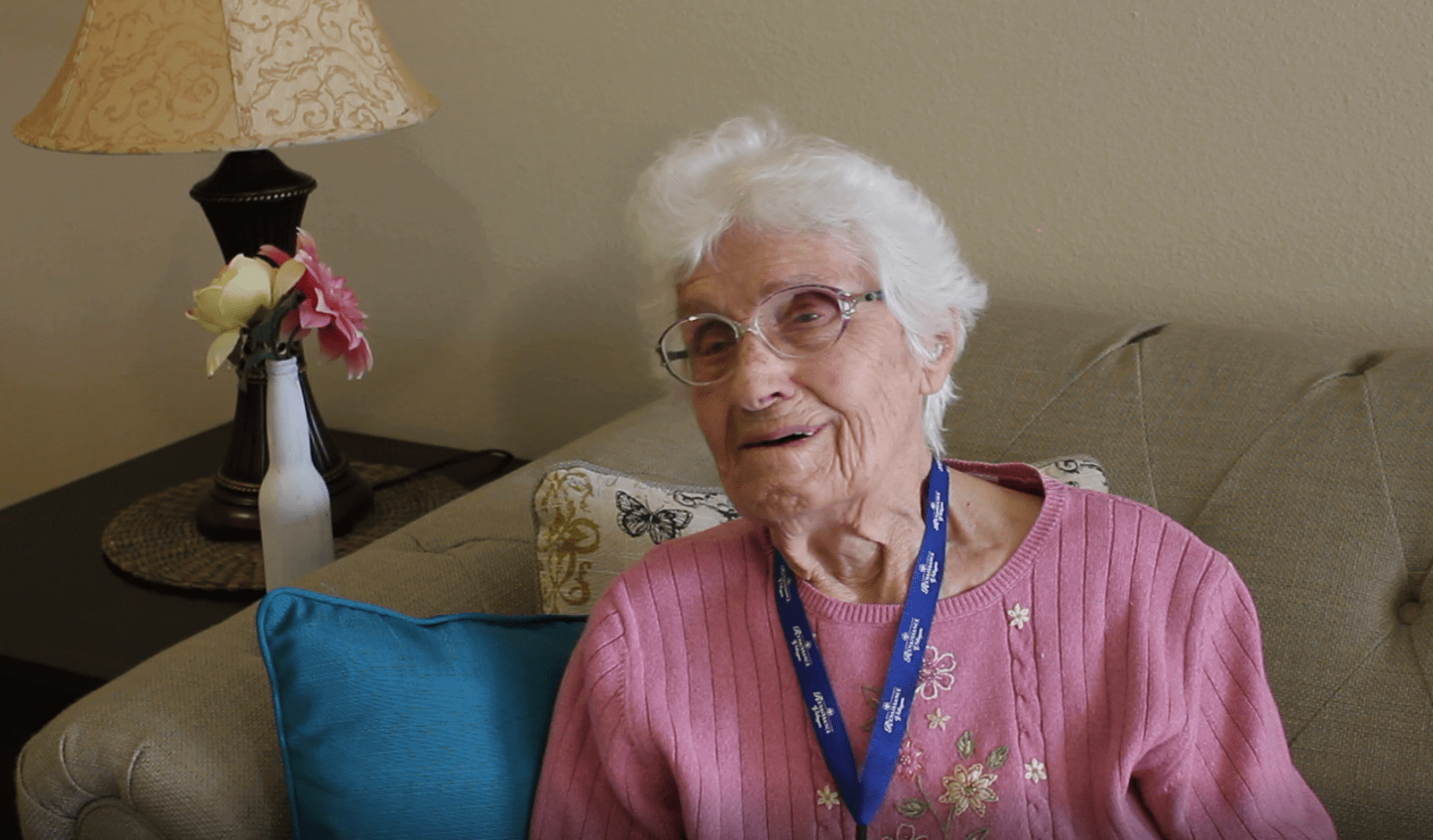 Irene was born in Norman, Oklahoma on March 19, 1920. She is the fifth child of six children. She has two older brothers, two older sisters, and one younger brother. Her older sister, Mary, took on the responsibilities of rearing her.

Her father is originally from Lebanon and came to New York when he was just 18. He didn’t have any money and spoke Arabic and French. He peddled and traveled around until he sold what he received on consignment. His first purchase was a gun so that he could hunt for food and protect himself. He worked his way up purchasing a horse, wagon, and ultimately, a grocery store in Tuttle, Oklahoma.

Irene’s father worked hard to provide for his family. When the Great Depression hit, he also worked on a farm he purchased about five miles from his store. Her mother and the kids stayed in the living quarters at the store during the week and visited him on the farm each weekend. Her father refused to let them go to the one-room schoolhouses and did all he could to give them the best education.

Working Hard for the Money

Instead of going to college, Irene opted to work. She cared for a little boy named Larry during the week for $5.50 while his parents attended the university. On Fridays, Irene took him to the department store downtown so she could speak with the manager about Saturday help. If they needed help, she earned two dollars and paid one of her friends to watch Larry in the time that overlapped. They finally hired her on more regularly when their bookkeeper went on vacation. They taught her how to keep books and she worked as a clerk until she moved to California.

Joe worked for Consolidated Aircrafts in the wing department, and the company was under contract to build B-24s. The company looked for ideas to help improve production. They offered employees $25 in cash or war bond for the best suggestions. Joe reaped the benefits of this. They moved him to another department that dealt with developing new and faster ways of production.

When it came to the war, Joe kept getting deferred because of his mechanical ability. So, they didn’t know whether or not to start a family. They finally bought a house in Pacific Beach. However, when his induction came up, they sold the house. Irene was expecting at the time, and they stayed with friends until they could find housing. Her delivery was difficult and she was not well after. The doctor wrote them a recommendation to the housing board and they received government housing. When Joe’s draft notice finally came, he moved Irene to her mother’s in Norman, Oklahoma so she could be close to family while he was away.

However, out of the 300 men who they took at that time in Oklahoma City, he was one of two men who received a 4F as a result of his sinus problems. They contemplated staying in Oklahoma, but Joe needed work, so they moved back to California. Her sister was living in the Edgemont area and they lived in her extra bedroom. 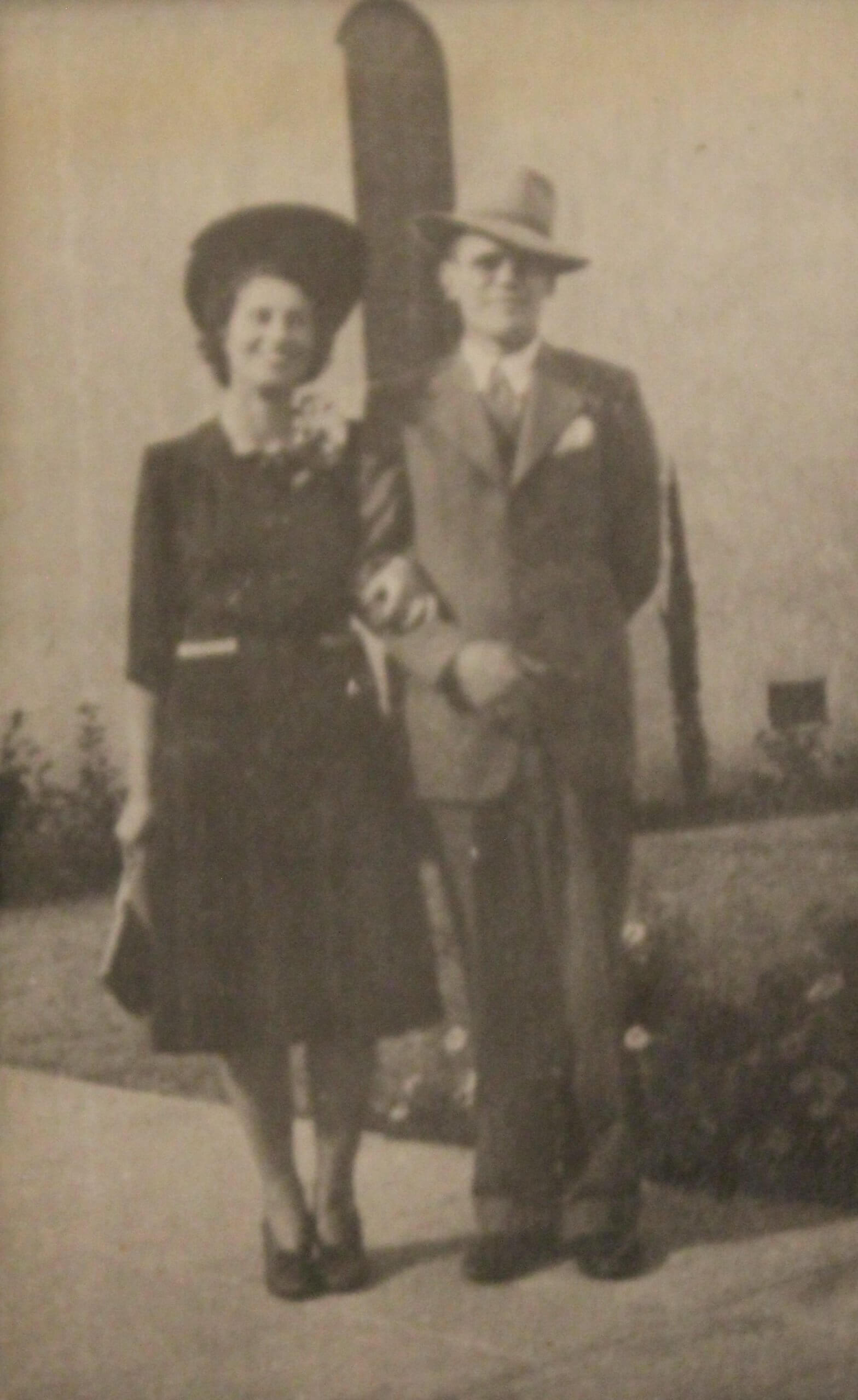 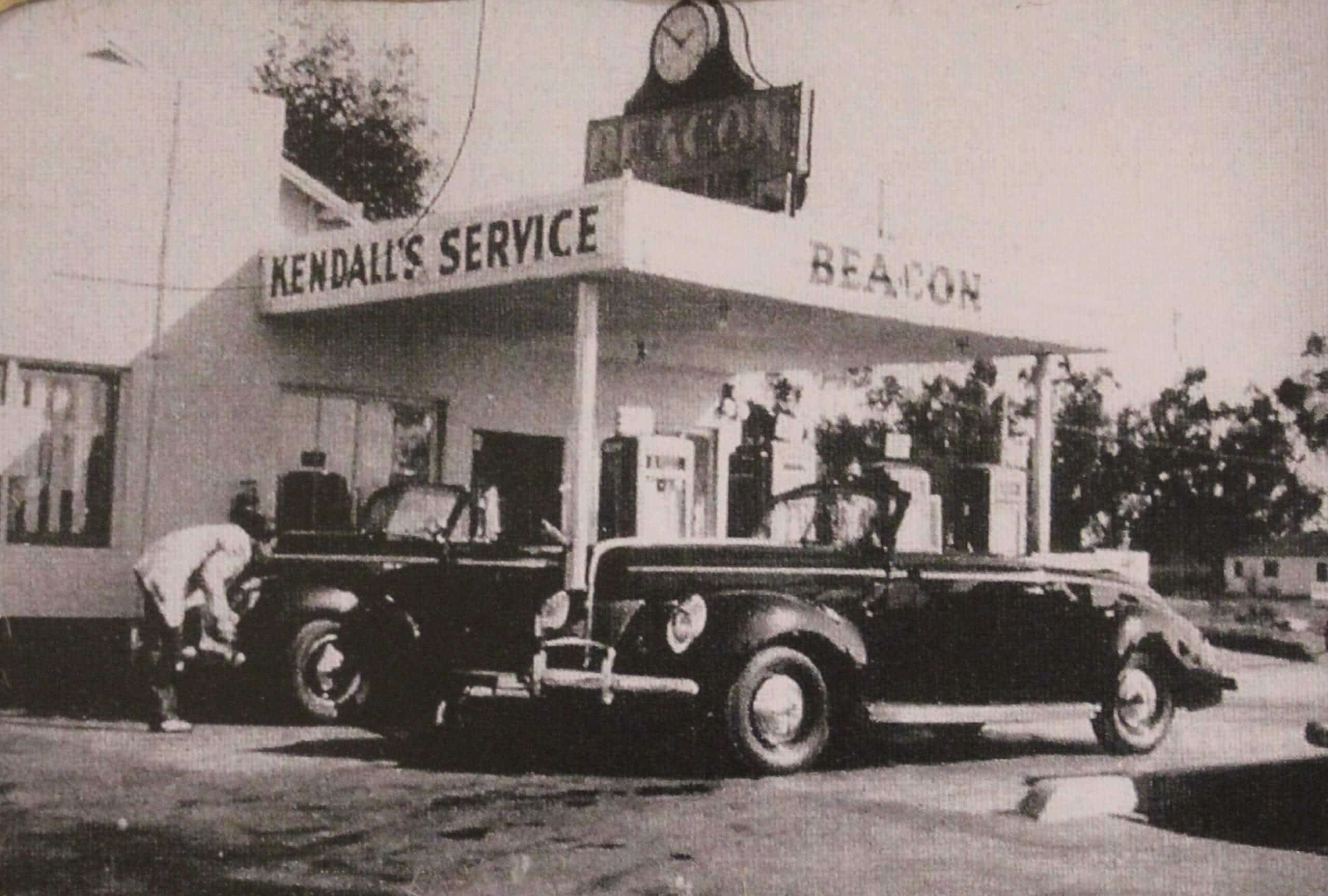 Joe went back to Consolidated Aircrafts; however, they wanted him to start at the bottom. He looked elsewhere, and worked as an automobile mechanic in Riverside. He later found a place to rent and opened Kendall Service. After the war ended, government housing was available for sale. Joe and his brother bought barracks for $100. They purchased two latrines and a 5-man and 7-man barrack. They later converted these into apartments,

which are still there to this day. Her husband also built a big house out front so that she’d always have a home.

Mom on the Move

Irene and Joe grew their family in the area and were married for 63 years. They had one boy, Wayne, and two daughters, Nancy and Carla. When they first arrived, there was only one school. They saw Midland Elementary, and then Edgemont Elementary come to be. Irene was part of the Parent-Teacher Association (PTA), and she was heavily involved in the Edgemont Women’s Society.

Her son, Wayne went to junior college in Riverside and later graduated from San Diego State. After graduating, he was drafted and sent to Vietnam for a year. Irene shares that when he came back, he was a different person and that people don’t realize the horrors that those who served in the Vietnam War experienced.

Irene’s eldest daughter spent time working in the banking industry but didn’t have a desire for sales. Later in life, she decided to make a change and became a nurse. Her youngest daughter also pursued nursing by getting a Ph.D. She also taught nursing at Azusa Pacific University. Both are now retired.

Irene has eight grandchildren and nine great grandchildren. Irene considers a lot of the time she spent taking her kids to Boy and Girl Scouts and participating in PTA as her hobbies. She did love to paint; however, problems with her eyesight prevents her from doing so now.