This quarter’s California resident spotlights are Joe & Lise B.

Joe and Lise B. did not meet until later on in their lives. Joe was born in Los Angeles, California. He lived there for most of his life and only left during his service in the Navy at the age of 17. He was the youngest of three serving during World War II. His older brother served in the Army and his sister
served in the Marines. Joe enlisted in the Navy and was sure at the time that he was going to win the war all on his own. However, the whole experience caused him to grow up exponentially.

Joe served on the USS Improve (AM-247), a minesweeper in Europe and the Mediterranean. He served as a main engine engineer. Joe and his 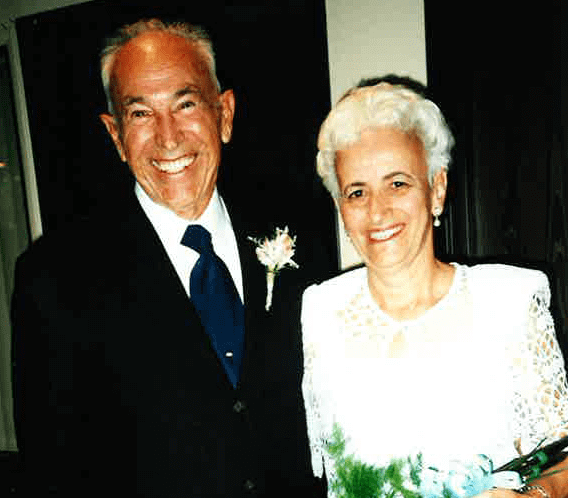 siblings made it home safely after the war. When he returned, he finished up high school and then went to college for four years after that. The GI Bill helped him get a better education. Afterward, he went into private enterprise and worked for Ford Garage as a line mechanic.

Joe worked 2-3 small jobs before working for the police department. His first wife didn’t want him to be a policeman, so he chose to work in the engineering department in the motor transport division. He loved his job and worked shift during the day and night. They took excellent care of him and when he retired, they needed two people to fill his position.

Joe and his wife were married just shy of 50 years. She got sick, and the doctors were treating her for Lupus. Unfortunately, she had cancer, and they discovered it too late. They told Joe there was nothing they could do for her. He consulted the City of Hope, but they told him the same. They instructed him to take her home and make her comfortable, and she passed away a week later. Losing her hurt, and Joe thought he would never marry again.

Joe and his wife had two children together, a boy, Christopher, and a girl, Celyn. When his son was born, they diagnosed him with Petit Mal Seizures. Christopher dealt with this until he was 18. The doctors said he was in good shape but instructed he never go into service because they didn’t know how it would affect his brain. However, Christopher had a strong desire to fly. Joe lent him the money and he bought a Grumman Airplane. Christopher also worked as a police officer for the Los Angeles Police Department. Unfortunately, Christopher passed away from Pancreatic Cancer when he was 50 years old.

Celyn inherited her father’s love of dogs and took that love even further by becoming a Cocker Spaniel breeder. She raises cocker spaniels and is the vice president of the Cocker Spaniel Association of California. Celyn lives in the area and she does all she can to help take of her father when she can. She’s always two steps ahead of him and he loves her dearly.

Lise Grows Up In Canada

Lise’s parents had four children. Three girls outnumbered the one son. They lived in Montreal and later moved to British Columbia right near Seattle, Washington. Her father was an engraver for the United States and his work transferred him there. Lise attended junior college in Canada before her father moved the family to the United States.

Lise worked in a lab dealing with film and print. When she later got married, she no longer needed to work. She stayed home and took care of her daughter, Laura, and son, Lawrence. Lise shares they were good kids. She sees the kids today and thinks they get away with a lot more. Her kids would try once and that was it. She shares that kids scream to get what they want, but she was firm with her kids. Lise taught them to communicate their desires and feelings better. As a result, she believes they both turned into wonderful people.

In addition to taking care of the kids, Lise also enjoyed sewing. She made all of her daughter’s dresses, skirts, and uniforms. Lise’s daughter later became an occupational therapist and now works at Sharp Memorial Hospital in San Diego. Lise and her husband were married for 34 years before he passed away. She later became a citizen of the United States in 2002.

After both Joe and Lise’s spouses  passed away, they both found themselves volunteering at the food pantry in Murrieta, CA. They knew one another for two years, but only exchanged pleasantries. He belonged to the Knights of Columbus, and each year they hold a formal dinner dance. His buddies asked if he was going, but he wasn’t interested in fifth wheeling and declined. However, his buddy coaxed him into asking Lise and she gladly accepted. They went to the dance and ended up having a great time. The two started dating and a year later, he proposed to her in the middle of the food pantry in front of all their friends.

Joe and Lise got married in Murrieta, and celebrate over 17 years of marriage. They both had their own houses but ended up moving into Joe’s because he had a lot of machinery and mechanical stuff from his days as a mechanic. He always wanted a 29 Model A Ford Pickup, and when he had the opportunity, he bought one. Working on cars was his hobby and passion. He still has his pickup. He doesn’t drive it much, but he does carry a photo of it around in his pocket at all times.

Joe has four grandchildren and four great grandchildren, most of whom live in the area. Both Lise and Joe enjoy going to the various fitness classes here at Renaissance Village Murrieta. Lise also enjoys playing bingo while Joe takes his afternoon naps. They also enjoy going to the events that feature live music. Joe shares that he likes it here because everything is taken care of and transportation is available when they need it.