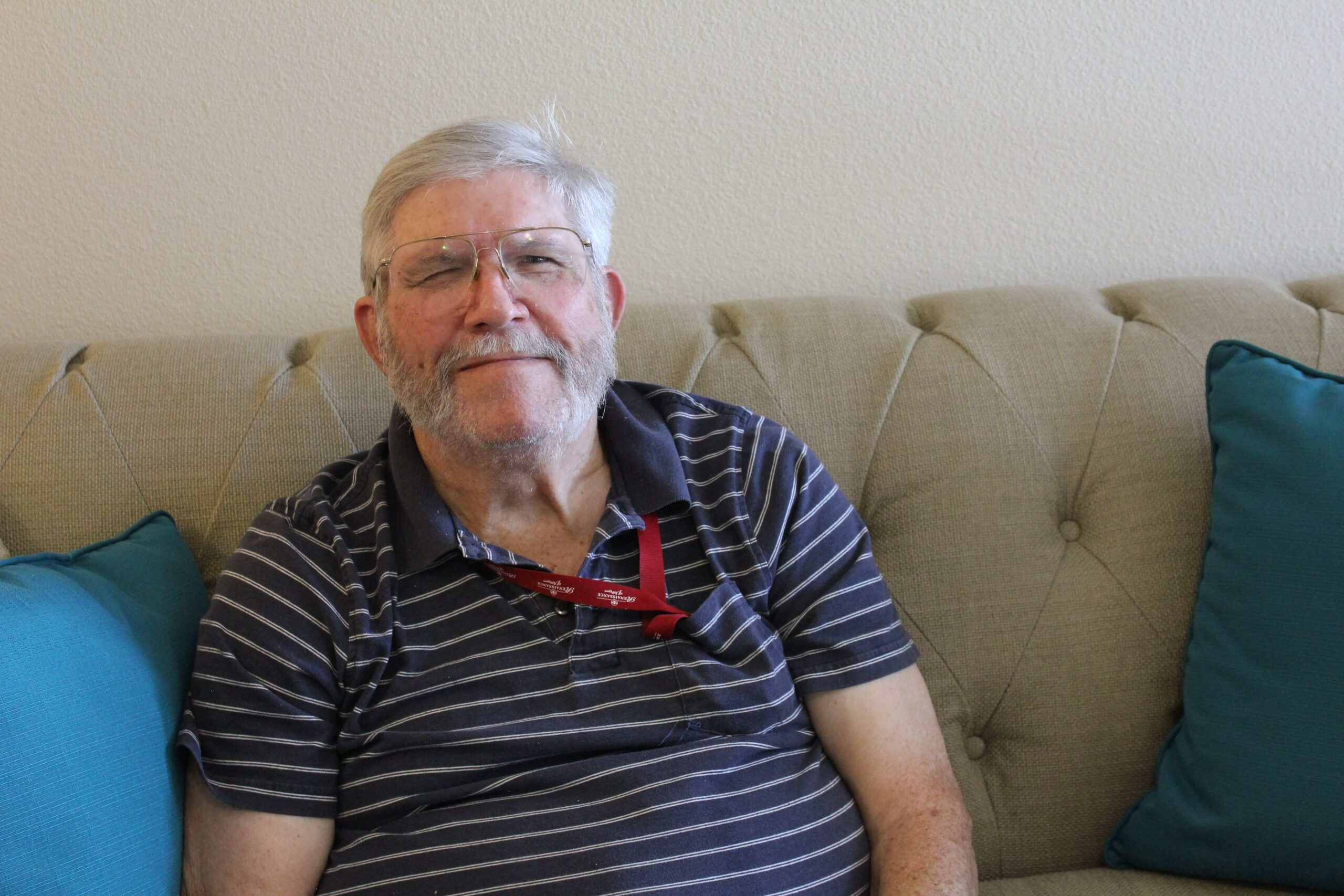 Doug Y., this quarter’s Resident Spotlight, was born on the brink of World War II in Hanford, CA. His father was a farmer, and the military used the cotton he grew for soldiers’ uniforms. Doug remembers his father as a stable person. He was quiet but was in charge when he needed to be. Doug’s mother was a tall woman that worked hard to take care of her household. She was an excellent cook and had a love of painting that developed while one of Doug’s sisters took painting lessons.

Doug was one of seven children. He had two brothers and four sisters. Doug had a sister 15 years older and a brother eight years younger than him. He was the fifth child of the seven. They always had someone to play with or fight with depending on their mood. Doug remembers helping out with his dad on the farm. He already knew how to drive a tractor at the age of seven. Doug’s family moved to Tulare, CA, and he attended all through 1st – 12th grade there.

When Doug was 18 years old, he got a job at a local market. He also attended the College of Sequoias in Visalia, CA. While there Doug studied music education and drove a school bus. His love of music didn’t start here; he also played the sousaphone in his high school band. During his sophomore year of college, Doug met Bonnielee, the woman that would soon become his wife. After he graduated, the two married and moved to San Jose, CA.

Doug was hired by a firm that put him through training before making him a store manager of a variety store in Placerville, CA. They stayed there for seven years, before moving to Texas to be closer to his parents after his father’s stroke. He helped his mother with the farm, and later he also worked on obtaining his bachelor’s degree in music education and a minor in business at Wayland Baptist University in Plainview, TX.

He and his wife, Bonnielee, had two boys, Rob and Ryan. The two were 14 years apart due to birth control complications. The gap between them made raising them interesting. Rob was a good and complacent child, while Ryan was born going 100 mph and never stopped.

Doug also served as a praise and worship leader in Baptist churches for more than 20 years. He led worship and conducted choirs. Doug also had the opportunity to lead choirs in Korea and Honolulu. He holds the classic hymns close to his heart. Doug later withdrew from leading worship and moved his family to Southern California. 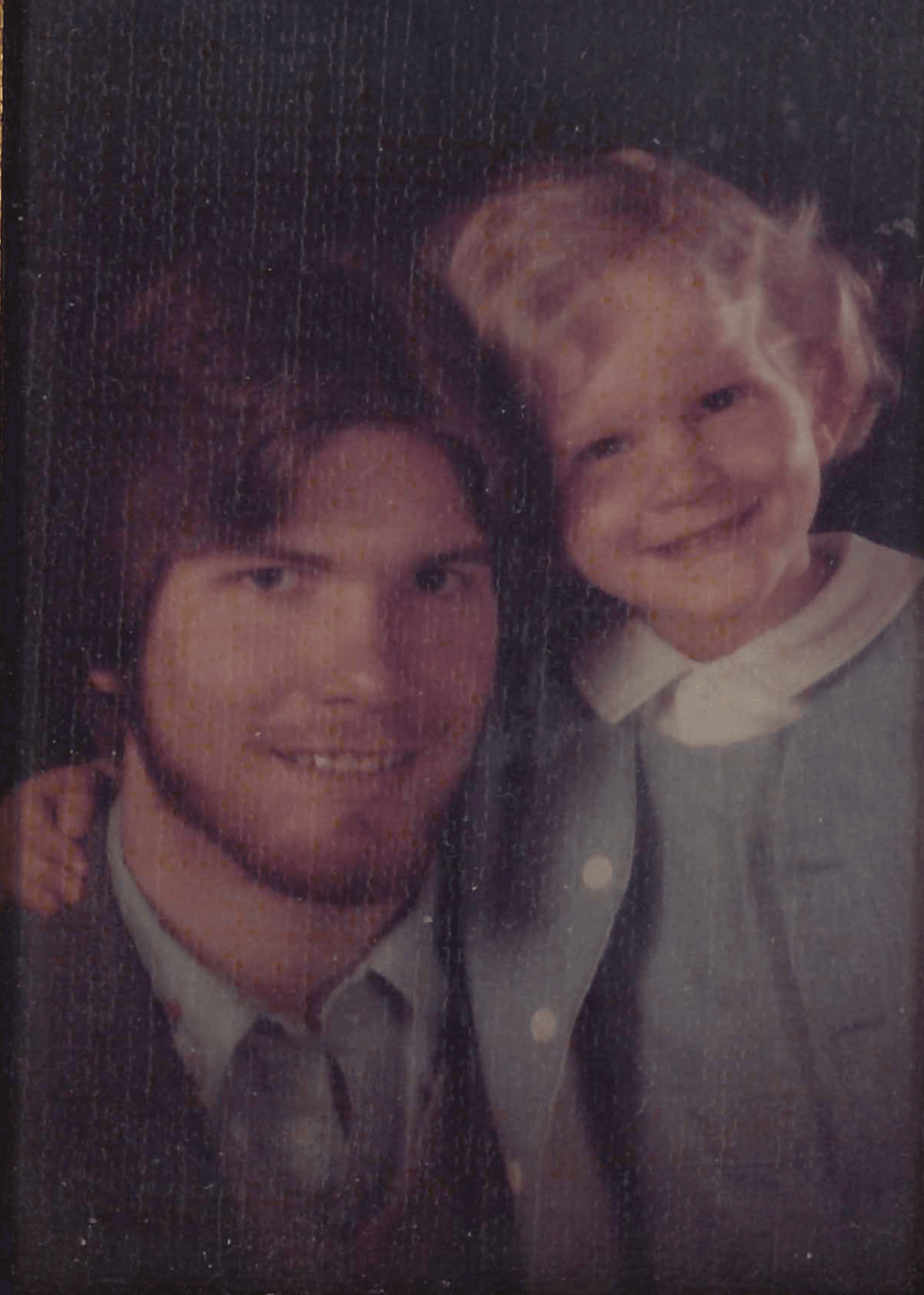 Moving Back to California

Back in California, Doug found himself in another career. He began teaching special education at Norco High School and other schools in the area. Doug got his special education credential through California Baptist University, and by the end of it found himself only three classes away from obtaining a masters. He decided to carry on and get his masters, which also gave him more compensation during his teaching career. Doug liked helping the students improve their confidence and overcome their learning disabilities in some way or another.

Today, Doug is a grandfather and great-grandfather. His great-grandson lives in Nashville, TN, so he doesn’t get to see often. But he gets a lot of photos and videos so he can stay up to date with what’s going on in his life. Doug’s grandson, Brad, is a teacher in Moreno Valley. He also has another grandson who lives with his parents in Riverside. His stepdaughter, Christine, and her husband, also comes to Renaissance Village Rancho Belago on Saturdays to help with Bocce. An activity that they look forward to each week.

Our resident spotlight has lived at Renaissance Village Rancho Belago for a little over a year. He enjoys playing bocce, Rummikub, and blackjack. Doug also enjoys the worship service that the local churches host on Sundays. He shares what he loves about living at Renaissance Villages is that “it’s food you don’t have to cook, dishes you don’t have to wash, and floors you don’t have to sweep.” Doug is enjoying being retired and is thankful to have helpful staff around to be there for him when he needs them. He reflects that he’s lived a blessed and interesting life.